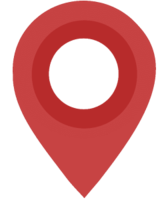 Normal mode:
This is the default or normal operating mode, whereby the tracker responds to motion and non-motion. When a tracker is powered on, receiving satellite signals, it reports regularly at a time interval selected in the Settings / Commands menu,  aslong as it detects motion (is moving) and its internal accelerometer detects motion. When it detects non-motion, if it hasn't moved for ~90secs, it powers down the GPS module to save power, and only sends a location report every 4 hours (heartbeat), until it detects motion again. During this power conservation time, the panel displays "Sleeping" and "GPS Off".

Eco mode:
Selecting Eco mode in the Commands menu, a time interval between Location Reports ranging from 30 mins to 24 hrs can be set. Do not use Eco mode if connected to an external power system. Battery is conserved by completely powering down for the selected time interval, powering on to send a location report (if satellite signal), then powering off again until the next scheduled report time, the cycle repeats. It can/will only report if there is sufficient satellite reception, so locate it appropriately. Between reports, the tracker cannot receive or respond to commands sent to it, but will when it "wakes up" at its next scheduled report time. While off, it is also undetectable to a scanning device, as it is not radiating. A "Leave Eco mode" button or physically turning it off then on again also returns it to Normal mode.

Flight mode:
Aviation regulations prohibit the operation of electronic devices during flight. Selecting Flight mode allows the selection of a power-off period between 30mins and 24hrs or until a Custom (user-definable date / time, e.g. 23/11/2021 11:55) after which the tracker will turn itself on and resume normal service. This can also be used to temporarily de-activate a tracker. As in Eco-mode, when off, no response is possible until it exits. The apps counts down the time to the return to Normal mode.

Park mode:
Selecting Park mode in the Commands menu causes a dialog box: "Enter Park mode" to appear. If pressed, the tracker enters Park mode, whereupon it powers down (almost) if it detects non-motion for more than 2mins. Only the accellerometer remains active in order to detect motion. When/If it detects motion, it awakes and reports in normal mode again until it again detects non-motion, whereupon it powers down and the cycle repeats again. This mode is designed to save battery power while still remaining motion-sensitive.

Log mode:
Uses the on board 1GB storage to store, rather than upload, GPS location data for a chosen period of time. The avoidance of broadcasting makes it very hard for thieves to find using an RF scanner. At the end of the selected time interval it uploads the stored data. In Log mode the available time intervals between uploads aret 1 to 24hrs. A box then appears indicating the time until the next upload. When uploading, the map display moves sequentially through all the stored locations. Data transmission can take some time. When completed, the cycle repeats and data storage will recommence. In between data uploads the tracker's modem is off to save power, so it will not respond to commands until it next wakes. The apps counts down the time to the return to Normal mode.

Pursuit mode:
If stolen, Pursuit mode forces continuous reporting without the normal "sleeping" periods that would normally occur when when/if non-motion is detected. The tracker continuously reports at the set reporting time interval of 30secs or 2mins. Naturally this is only for exceptional use as it rapidly depletes the battery. To exit Pursuit mode, select it again from the Commands menu and choose Pursuit Off, and it will revert to 30sec reporting. Reset from this to a value above 1min (minimum in our subscription plans).

Display per page
Sort by