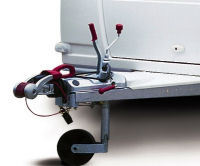 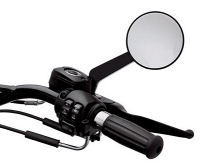 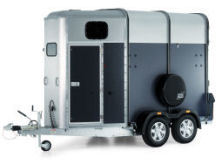 GPS trackers can safeguard assets real-time location-reporting, with alert options to up to 3 contacts within seconds if they are interfered with. Assets can be anything, such as Cars, Boats, Motorcycles, Caravans, Trailers, Horseboxes, and so on.  Our GPS trackers can be attached to anything, but needs to be suitably packaged to prevent damage. Our recent Prime trackers, such as the Prime Pr-P22 can operate in PARK MODE, giving them an extraordinary battery life before needing to be recharged. It sends an alert when its battery declines to 20%. Prime trackers store data if they lose connection with the cell-phone network, then upload it when the connection is restored.

Alert options:  Assets like Boats, Outboard engines, Caravans, etc.,) when parked in remote location for significant periods, are at risk, and need a tracker.  If available, an electrical connection to a host's power supply is best, but the connecting cable needs also to be concealed. If not available, to extend the battery life, choose a Prime tracker in Park, or Eco- mode, which hugely extend battery life. If electrically connected, the tracker's motion sensitivity can be "armed" to send an alert if moved. Eco mode should not be used if connected. Either way, a geo-fence can be set up so as to send an alert if the tracker reports a location outside the geofence's perimeter. It will also alert when its battery goes below 20%, to prompt re-charging.

Choosing a location:  The tracker's location should be concealed avoiding obvious locations and connection points. The tracker's front face is where its antennas are located, and so must face the "outside world", unblocked by metal, which blocks the satellite's weak signal reaching the antennas. Maybe take a picture of your chosen location in case you forget it. It is desirable that thieves don't quickly locate the tracker so as to break or remove it. Quality of concealment improves the tracker's chances of survival. Hard wiring kit cables are also a potential tell-tale path to the tracker. Some circumstances favour magnetic under-chassis models or cases such as the clam package. The Prime trackers are only water resistant and so come with a polythene zip-lock bag and pouch to assist water hermiticity. Never enclose it with metal on all sides.

Battery life options:  Prime trackers have at least 2 operating modes to reduce power consumption. Newer models such as the Prime Pr-P22 have 6 operating modes, including Park which is designed for stationary assets, and Eco-mode for when a small battery needs to last a long time by closing down completely between location reports. Eco mode means that it becomes inactive between two consecutive scheduled location reports, only acting on motion or earlier sent commands when it "awakes". The interval between reports can be from 30mins to 24 hours. Our non-Prime trackers do not have such options, but can be set to report every 1 min, 10 mins or 1 hour.

Normal mode: When powered on, the tracker can be set to send position reports when moving. When not moving, its GPS module powers down until motion is once more detected.  The device's battery life depends on how much the tracker spends moving or sleeping, the time interval between position reports, and other physical and atmospheric and Ionospheric environmental factors.  For a Prime 1, the typical battery life is 7 to 10 days, so connection to the craft's battery is usually required.

Eco- mode: In Eco- mode, both the tracker's modem and the GPS circuits power down between position reports, at intervals ranging from 30mins to 24hrs.  When powered off, the tracker cannot detect motion, geo-fence entry/exits (until it reports), SOS alerts, etc.  It cannot react to commands sent to it from the Track Panel UNTIL it powers up (next scheduled position report) whereupon commands sent to it will be implemented and zone alerts, if any, will be recognised and alerts sent.  This mode of operation greatly extends the battery life to multiple weeks or months.  The time at which the tracker will next wake is displayed in the Track Panel.

The following operating modes are only available in more recent Prime trackers, such as Pr-P22 or G7-67:

Park- mode:   Park mode's purpose is to extend battery life by powering down all modules within the tracker except motion sensitivity, meaning that it powers on fully and functions when it detects motion.

Flight mode:  The purpose of Flight mode is to completely power down a tracker for a period of time suited to the length of a flight or suchlike, after which it powers on again and continues in Normal mode.

Log mode:  Log mode allows the tracker to store location reports for a period of time (1-24hrs), after which it uploads the data, then restarts the cycle of storing data, until a user sends a Exit Log mode command. This radio-silence in effect makes the tracker undetectable by a scanning device.

Pursuit mode:  Pursuit mode stops a tracker from "sleeping" and so continues location reporting even when the tracker is no longer moving, i.e. when it would normally partially power down. This causes heavy battery power consumption, and its use should be limited to tracking down.

Some of our trackers are completely waterproof (e.g. G7-67). The Prime ranges are not, and needs to be enclosed in a watertight bag or enclosure.
Trackers provide a permanent record of a boat's trajectory, thereby supporting investigation in the event of damage.
Trackers used in a race (dinghy / cruiser) can be simultaneously displayed on a screen to show leader identities. Short time intervals need to be used.